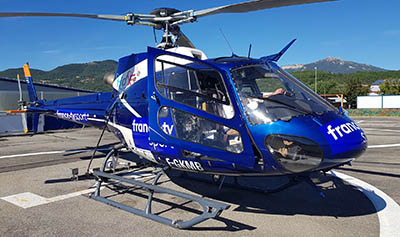 FLARM is already mandatory in France for gliders and a mandate for other GA aircraft is under investigation.